CV disease is the leading cause of
death and disability around the world1. deaths each year due to atherosclerotic cardiovascular disease

While highly effective as an antithrombotic treatment, dual antiplatelet therapy (DAPT) is associated with an increased risk of bleeding1. As a result, physicians struggle with a dilemma: which patients have a high enough risk of acute coronary events, such that the risk of bleeding is outweighed by the benefit of the antithrombotic therapy? We want to help simplify this decision.

learn how
this problem
impacts
patients

We are developing a novel predictive test that is the first to measure FcyRIIa, a biomarker found on the surface of platelets.

Many tests available today look at the reactivity of platelets to antithrombotic drugs like aspirin or clopidogrel, to assess risk. A large meta-analysis analyzed the predictive ability of nearly 40 such tests across more than 100 studies3.

The consensus? There remains a need to develop predictive biomarkers that can much more effectively guide individualized therapy for patients with cardiovascular disease.

At Prolocor, we are developing a novel test based on FcyRIIa, a protein expressed on the surface of platelets, the blood cells that are involved in thrombosis or clot formation4-5. Most importantly, the expression of FcyRIIa is significantly increased in certain patients with atherosclerotic cardiovascular disease. In those patients, we see a significantly increased risk of subsequent CV events, compared to patients without a corresponding increase in FcyRIIa levels. This dichotomy has enabled us to leverage FcyRIIa as a predictive biomarker for cardiovascular risk.

Our hope is that the FcyRIIa test will benefit the treatment of two groups of cardiovascular patients.

Our hope is that the FcyRIIa test will help physicians solve the dilemma: which patients have a high enough risk of acute coronary events, such that the risk of bleeding is outweighed by the benefit of the antithrombotic therapy? 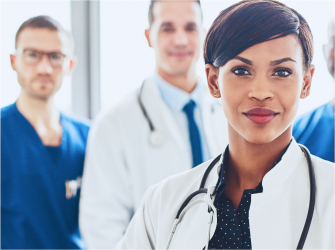